I had a unique culinary experience recently. I made something (food presumably) that has very little semblance to what one actually eats as food. I tried a combination of speed, innovation, novel ingredients and completely wrong ratios.

The evening tugged at me – the weather was bright, and the daughter and I wanted to play football with our hands. Perfectly normal so far you’ll agree. The evening however hard you try to stop it, marches on into the night with a steady trumpet blow. Then one is left with dirty football hands and a hungry stomach. So, I figured I will just make something that smacks of speed, health and aroma. A touch of Thai and Chinese would not hurt, I added as a mental note to myself. A smear of turmeric here, a touch of soy sauce there, and a whisp of basil.

I don’t know if there are competitions for the greatest flops. But that dish with the Indo-Chinese-Thai-Italian flavor just smacked of failure – on a colossal level. I think it even smelt Mediterrnean when the winds blew in a south westerly direction.

Given this performance, it is almost impertinent that I should be hustling you all to a cooking competition. But, I would like to salvage my position by saying it is for a good cause, and the important thing is to try something new.

So here goes. Cancer Institute Foundation is conducting Kitchen Khiladi – the brave, the creative, the explorers of unchartered soups and medleys, gather ye. Make a difference to cancer care while having fun. 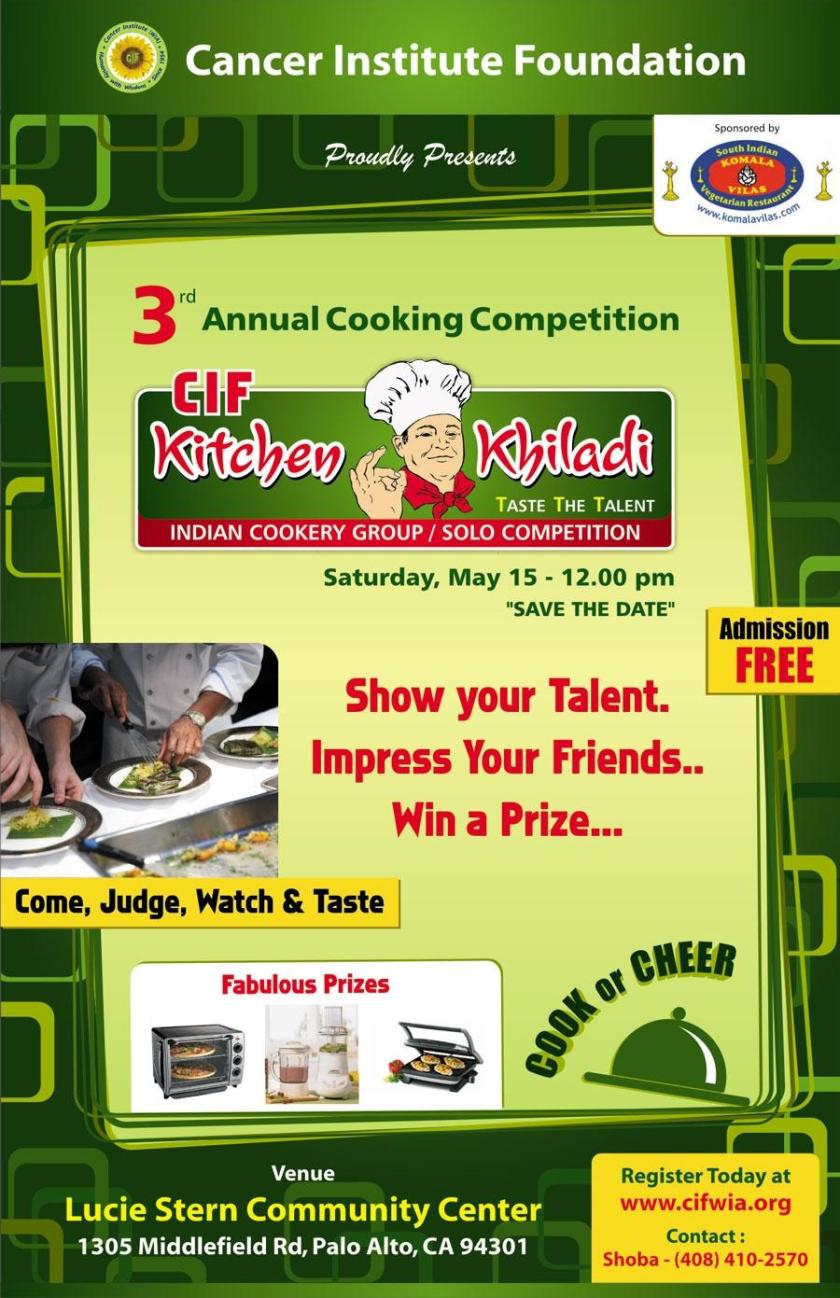