Driving through lush green hills, past wide rivers and huge boulders, the route was marvelous. We had been a-visiting India for a short trip. The roads were smooth, and the rain clouds brought on a blast of monsoon rains. The little car burst forth joyfully on the empty roads swerving like a little child to splash puddles along the way.

The driver may be a grown man who sports whiskers on his face, but the heart the body houses is a child’s when it rains.
“You know? Two years ago, I took this road and it was agonizing to drive. The road was full of potholes, and our backs were sore for days.” he said smiling before splashing a big puddle again. The brother was driving and we were on the way to the city where my parents lived.
“What changed then?” I asked puzzled, for the gray ribbon in front of us was smooth and clean.
“Politics happened. The interim chief minister’s constituency is somewhere on this road, so we got our lovely scenic route done up – no charge.” 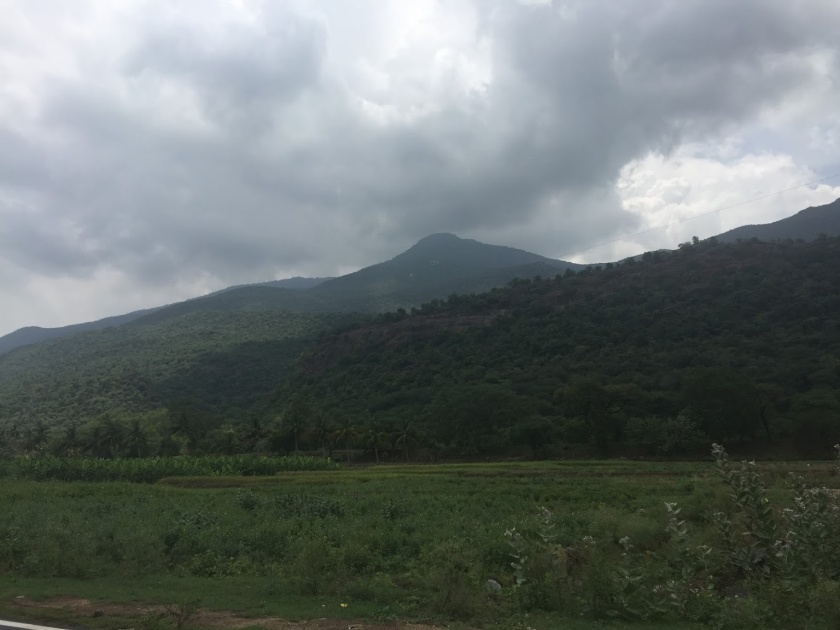 We reached home and affectionate greetings exchanged between parents, grandparents and children alike. A little while later, I was sprawled on the couch listening to the pater rile himself up with the news. Blithering-idiots-the-lot-of-them-are, seemed to about the gist of it, and I watched him amused.

The next day was Indian Independence Day, and the politicians were scrambling to see whose speeches would get maximum coverage on television, while ensuring that important topics of daily living were tabled for later. One incensed statement from the host of the News network forced the father to mute the television, and launch into a full scale explanation of politics that is best explained with a bedtime story. If you would snuggle in and close your eyes. Good then..:

There was a diamond ring, and everyone wanted it. But one strong, majestic troll had it, and did not let anybody else touch it. One day, the troll died, and all the remaining trolls fought each other for the ring. The troll children were hungry and thirsty, but that bothered no one. They are still fighting for the ring.

I know what you are thinking. As far as bedtime stories go, that was pretty rotten! I agree, but the state in which the parents live had recently lost their chief minister, and the squabble around the position was enough to make reality show hosts blanch. The populace has learned to look at the ensuing drama as such, and take a philosophical view of enjoying the good roads while they lasted.

We chewed the fat about the latest situ. in the United States, and how divisive strains were making themselves heard, and how we must do all we can to fight it.

Like Mark Twain said, The truth is stranger than fiction, but that is because Fiction is obliged to stick to possibilities whereas the Truth isn’t.

The next day was August 15th – Indian Independence Day, and we chirped with the birds, looked smart and went down for the flag hoisting in the community. I had with me my son and nephew – both five year olds who were eager for any activity involving the outdoors. As they stepped out, the boys were warned that they were not to take more than 1 sweet when offered the plate after the flag hoisting. If they were pups, I could have seen their ears drooping, but they bore the blow stoically enough and charged downstairs.

I stood there marveling at the fact that a month earlier we had celebrated Independence Day in the US. I looked around at the knot of people with whom I was celebrating Indian Independence Day. The stupendous privilege of celebrating Independence Day in the world’s largest democracies was not lost on me. To every one of us who looked at the flower petals fluttering down from the flag, freedom meant a different thing. To some of us, it meant living peaceful lives, to some, it meant having the right to dream, to some others, the ability to dissent. But we all agreed that it deserves celebration.

Reading Lolita in Tehran, a book about the oppressive regime in Iran, was still in my mind, and as I was in the habit of reading particularly affecting passages to those near me ( a malady I inherited from the pater), I was doubly grateful to Democracy in spite of all its pitfalls. Fighting for diamond rings or no, taking a stand against divisive policies or not, we have something worth fighting for.

Afterward, we walked towards a small store. The path was an exciting one – past barking dogs, and motorcycles weaving their way through the streets. I smiled and asked for some chocolates for the lads. Their faces lit up with joy: Freedom is sweet.

One thought on “Freedom Is Sweet”