We had been on a trip to Crater Lake over the summer. Among other things, we hiked a little bit around the lake, taking in the marvelous view. The lake is a mesmerizing sight sparkling in its deep, pristine blue. We indulged ourselves in small hikes that afforded us beautiful views of the lake and the surrounding Cascade mountains merging into the Sierra Nevadas in the South. It was one of those places where nature cures, nature soothes and all that. The son is my ardent nature companion, and the pair of us went looking for pinecones and acorns.  It was steep going. 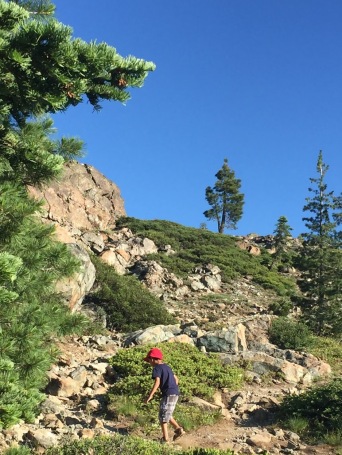 We stopped at one place to take a few breaths at a spectacular rock placed there for the purpose and we saw a little squirrel. We may have been nervous during the hike, but it did little to wrack the squirrel. Up close the son noticed that unlike the squirrels near where we live, these fellas were smaller and had stripes across their back. He said in his excited voice that these were the ones that had helped Rama build his bridge and nearly gave the poor squirrel heart failure with his excitement.

I peered closely, and so it was. Here were little squirrels that looked like the squirrels mentioned in the ancient myth of Ramayana. According to the story, the little squirrels were helping Lord Rama’s army build a bridge from India to Lanka so that he could save his kidnapped wife, Sita, from the clutches of the evil demon-king Ravana, in their own small way, with little rocks and acorns.  Lord Rama was so impressed with them, that he picked one of them up and stroked its back lovingly. The legend goes on to say that is why squirrels have stripes. The son had heard the story before, and  was understandably excited when he saw the stripes the squirrel’s back. I suppose the story must have sounded silly to him when it said, “That is why squirrels have stripes on their backs.” Because the ones he sees do not have stripes on their backs, and that is the sort of discrepancy that will keep the fellow puzzled and curious for days.

<Squirrels with stripes on their backs> 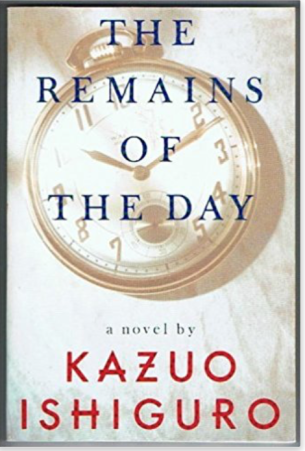 How often have we been asked our names, followed by a what-do-you-do? How does one attach a sense of importance to one’s work, and feel purposeful about it? Sometimes, it is by means of attaching ourselves to the goal of the entity you work for like the squirrels did. But maybe, it is to the concept of work that we need to attach our purpose to like the bees do.

This year Deepavali – the festival of lights came like the coat-tails of a comet after a string of tragic events – fires, shootings, floods: catastrophes both man-made and natural shook the populace. But now is a good time to throw our mind back to these oft forgotten little mythological tales, the fringe stories that provide food for thought. I must remember to tell them the hilarious tale of the old lady, Sabari, tasting the berries before giving them to Lord Rama.

I looked forward to the chat with the children while drawing up a rangoli outside the house using colored chalk. It is a beautiful feeling of light. The triumph of good over evil, a call to nurture our inner light and so much more. 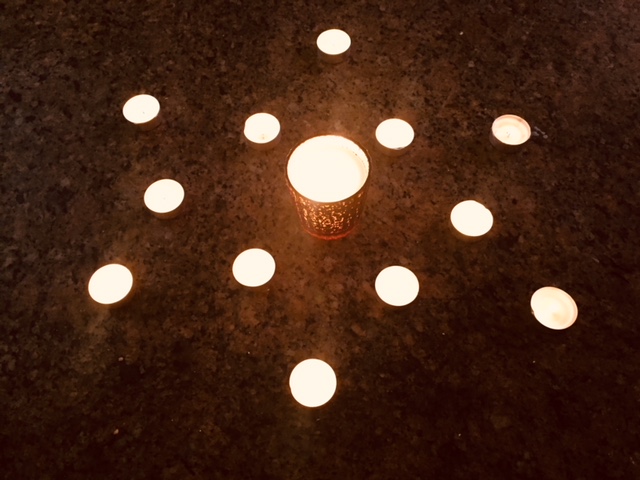 Mythology, fairy tales, and magic are all so beautifully interwoven in our magic of story-telling. Heroism and quests for the inner self are never jaded. Starting from the Epic of Gilgamesh, the Avatars of Vishnu,  Ramayana & Mahabharatha,  Odyssey & Iliad, the Bible and right down to Harry Potter, it is a story line that always enthralls, and is ever relevant.

I’ve come to the conclusion that mythology is really a form of archaeological psychology. Mythology gives you a sense of what a people believes, what they fear. George Lucas

In all these millennia, it seems little has changed, and so much has.

Please share some of your favorite fringe tales – I would love to hear them.