A few days before our trip to Iceland, I was reading a beautiful book on Lewis Carroll, One Fun Day with Lewis Carroll – A celebration of wordplay and a girl called Alice, and how the world was gifted with Alice’s Adventures in Wonderland. The book had exceptional illustrations and I found myself looking longingly at the pages multiple times over. Written and illustrated by Kathleen Krull & Julia Sarda, the book lets us peek into the journey of Lewis Caroll, and his particular penchant for finding words when the English language fell short. 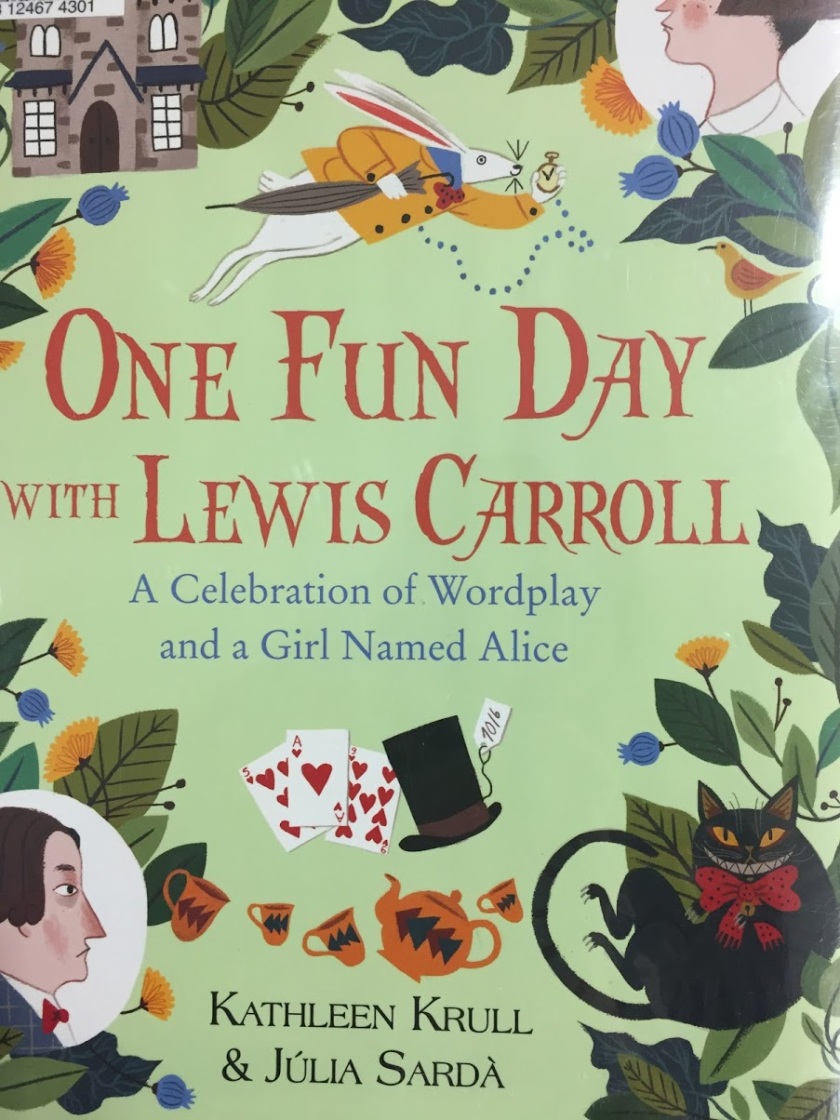 What was fabulous and joyous at the same time? Why ‘Frabjous’ of course.

I thought of this book while running down a mountain in Iceland. I was in a magical place and everything around me felt surreal. I was also reveling in the spurts of fresh air, reminding me every now and then that I was not in a dream. So, I suppose I could not really be Alice scuttling after a rabbit, though….I was running behind a friend whose physical fitness is legend in our little circle, and before I could say “Ho!”, he had loped easily ahead of me like a rabbit in a waistcoat. I was lost in the beauty and strangeness of the world around me, and kept on.

Uphill, it was torture. I was wearing multiple layers of clothing, and huffing and puffing like puffins in a marathon. I plucked at my scarf, petulantly tugged at my jacket, and tied it around my stomach, and kept running. The marvelous scenery around me was ever so slightly befuddled by the mambo drums in the heart.

Downhill however, it was marvelous. I could feel the cool breeze on my face. Knowing that I had a gushing waterfall on the right, and a huge glacier to the left helped. The weather had become cooler, and the clouds that ordinarily I would have found beautiful were now stunningly beautiful. 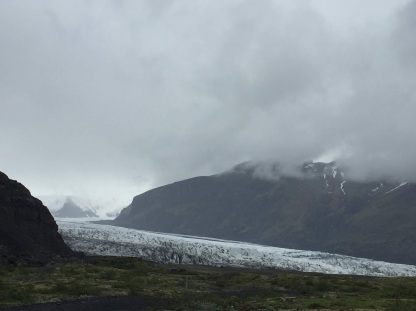 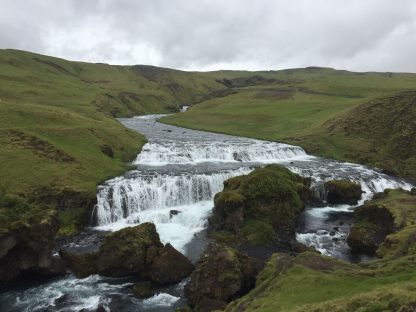 Isn’t there a beautiful word that describes the heady feeling of feeling the cool air against your face as you run downhill? Zephyr was the closest word I could think of.  Could horses have something that captures this particular joy? Maybe in the timber of their neighs. 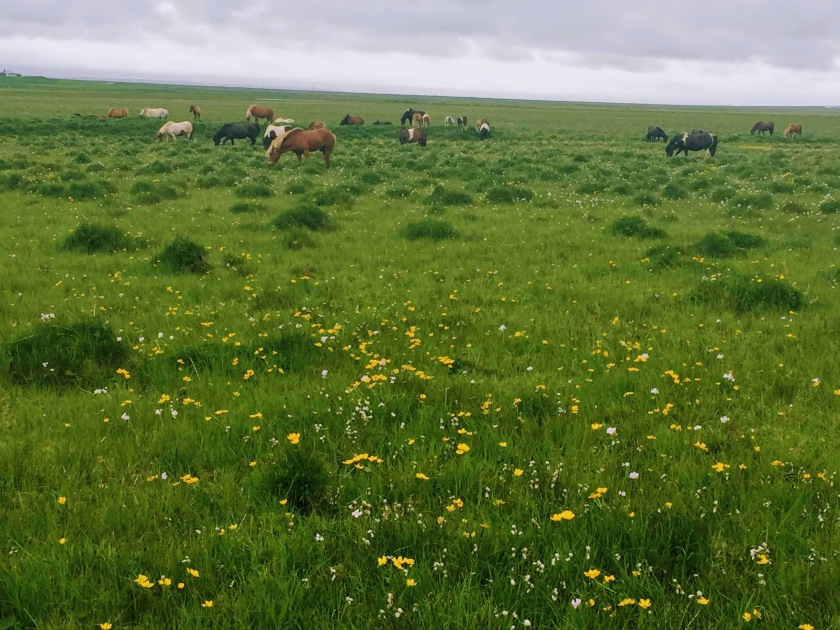 Exultant, I kept running. There is nothing in the world that can take that feeling from you, I thought, and smoothly tripped on a pebble, and did a routine that could be incorporated in to the next vaudeville act.

In a place where the winds are ubiquitous, there must be many words for describing the wind. I looked up words for wind in Icelandic and I was not disappointed to see 56 distinct words. (Counting Icelandic Words for Wind (JóB))

The search for this particular word led me to other beautiful ones though. Psithurism, for instance. Describing the sound of the wind rustling through the trees, I often stop and listen for this marvel during walks. Some others here:

In the cathedral of the trees,
The bells of the wind
Like perfect music sounds
Accompany our montivagant joys.

Maybe we do need to follow Lewis Carroll’s wisdom and come up with a new word for the wind beneath your wings or the wind on your face.

P.S:
Nemophilist – a haunter of woods, one who loves the forest for its beauty and solitude
Psithurism – describing the sound of the wind rustling through the trees.
Montivagant – wandering over hills and mountains