‘Unencumbered’ is the word I want when I set out to run a couple of miles in the morning. I like the cloudy days the best. You know the sun is going to come blazing through in its summer glory in a few hours, but you waddle on in the slightly chill morning laughing at all those people who will be running in the sun later. Ha!

I am almost out the door. The larks are singing and the birds are rising. The sleepy mother calls out to me and I ask her why she is up early. She shakes her head in a Duty-Beckons sort of way and asks, “Where are you going to run?”

“Just around the block. Through the fields. Fresh air is the key.” I was going to expand a little on the fresh-air-for-lung concept when I saw her mind already marching past towards her sense of purpose, so I shelved it for the moment.

“How far is Walgreens? Can’t you run to Walgreens instead?”

“Why?” I think I know where this is going, feign ignorance and hope for the best.

“There is no bread in the house, can you buy a loaf and run back?” she asks.

I nodded. After all the poor lady shook herself out of sleep to ask for a loaf of b.

Now, when I run, I snorkel away from signals like an octopus from a shark, but the Walgreens route shows me no such luxury. I stop at signals and run my way through. Pant my way through is more like it. I should be fitter than I am, but anyway…. I charge into Walgreens with the speed of a rhino chasing a dog, and stop as soon as I enter for I see 3 shocked customers, 1 shocked saleslady and 1 disapproving passport photo taker, who just had his subject turn away when he clicked to see the source of the commotion. Never have I made such a splash entering the store. I try to slink into the aisles, but the disapproving stares follow me even though people have started tending their own business.

I’d like to tell you that I bought the bread and ran back, for that is what I did. But I tell you. Till you run with a loaf of bread in your hand it is very hard to appreciate bread-runners. Let’s talk about positioning for one shall we?

How do you position a loaf of bread while running?

Just clutch the bread packet by its top and run. But it dangles from left to right like a pendulum clock and you land up swaying with it. Not to mention this looks very appealing to dogs out on a walk. Try it to see what I mean.

2) The Tin soldier with one arm approach:

Then I tried to keep the arm with the b.packet dangling limply by my side, while my other hand is clenched in a runners fist. I suppose this will work, but I realize this is like being in a march past where you are only allowed to swing one arm, but keep the rhythm of the other arm in sync with the left and right feet. It feels lopsided and half hearted and the bread packet looks stung for being left out of the festivities. 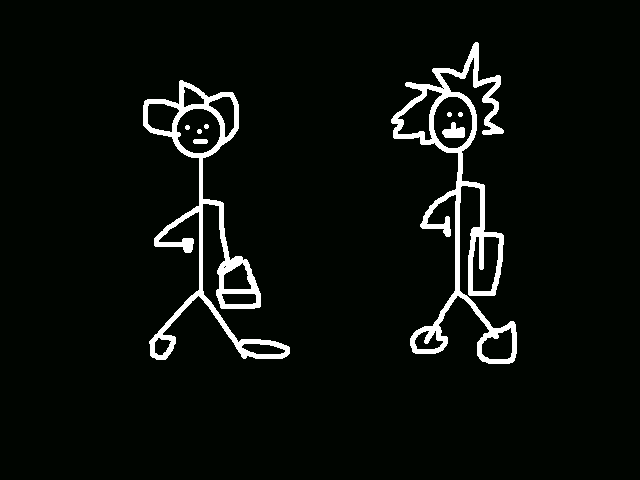 So I try running like a marcher. Swing both hands freely and run. I swear Bread packets have character. Mine did not take kindly to this swaying and to-ing and fro-ing. He, I mean it, scowled at me, kept banging me on my knees and generally creating havoc.

I scowled back, for I don’t approve of scowlers much – inanimate or otherwise. But this time, he (it!)  slid from my hands. So, I had to take to walking a few steps, reassuring him(it) that all was well,and then run again.

Finally I tottered into my house clutching the bread only to have a voice ask, “Why did you buy bread now? There is enough for breakfast.”

A silent howl escaped me, but a louder, grandmotherly howl overtook mine and said, “No there isn’t! I asked her to buy it.”

Thank Heavens. And the next time you see a bread-runner, please stop and salute them. They deserve it.