Mr Dawdles and Ms Riviera Robinson had wonderful holiday seasons. Ms Riviera Robinson had a stylized, personal seamstress to sew her clothes for the Yule-Tide Ball. She wore a pretty blue gown with pale blue flowers. The straps made of satin were most becoming on her brown shoulders and the blue proved to be a perfect compliment to her eyes. A competent, if talkative, accessory designer helped her with her final touches. When the earrings were clipped on, and the necklace pinned in place, she was already starting to know that she was going to be a big hit at the Party. By the time, the maroon waist-belt and shoes went on, she was looking beautiful.

Mr Dawdles had neither the time nor the luxury of the personal seamstress, and the talkative accessorizer, but he had a personal shopper, and hair stylist. The personal shopper hopped from one store to the next in search of the right attire. Mr Dawdles also had remarkably less accessory needs and has obliged to go barefoot to the ball. I don’t think he minded. His hair, he cannot complain about either, it is cut perfectly unevenly and along with his drooping eye, gives him an almost appealing aura. 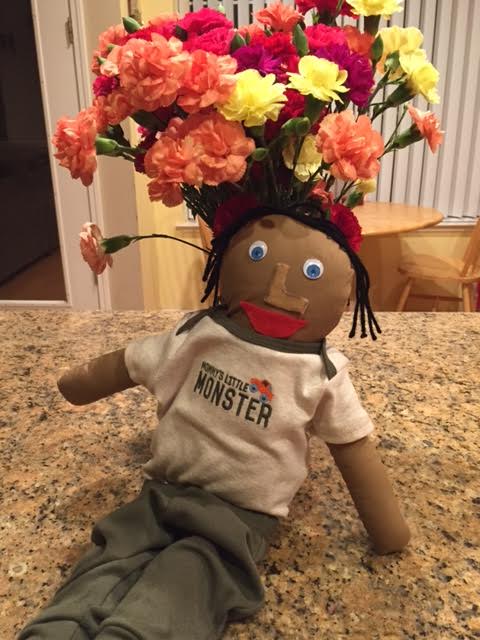 Mr Dawdles and Ms Riviera Robinson were both dressed attired and oversaw a party teeming with children, good music and bonhomie.

The dolls came home to be dressed for a Doll Party in the toddler son’s classroom. Riviera Robinson was last year’s doll. The daughter tried for days to put together some good clothes with scraps of paper and stapler pins, to no effect. Then one evening, I trooped into the house after a particularly long day at work. We had been at an all-day offsite conference with no admirable distractions during the day, and I was craving nothing more than some mindless hmm-ing and aha-ing before flopping onto the bed early. All hopes of flopping into bed early were dashed with one look at the severely disappointed set of children.

The Doll had to be turned in, fully clothed, the next day and all those papers and stapler pins had come to naught. Left to my own devices, I would have poo-ed and baa-ed the thing off, but I could not bear the look of disappointment on the daughter’s face. Neither could I bring myself to brave the cold, and the winter shoppers after that long day. So, I cut up an old skirt and sewed on a make-shift dress. As the dress took shape, the daughter revived like a sunflower in the rising sun, and found accessories for her. All the while, the toddler son bubbled and bounced around offering plenty of talk, sometimes related to the Doll-Dressing-Disaster, but mostly not. The next day when he walked into his classroom with Ms Riviera Robinson on his arm, there was nothing short of admiration for her, and he beamed happily. 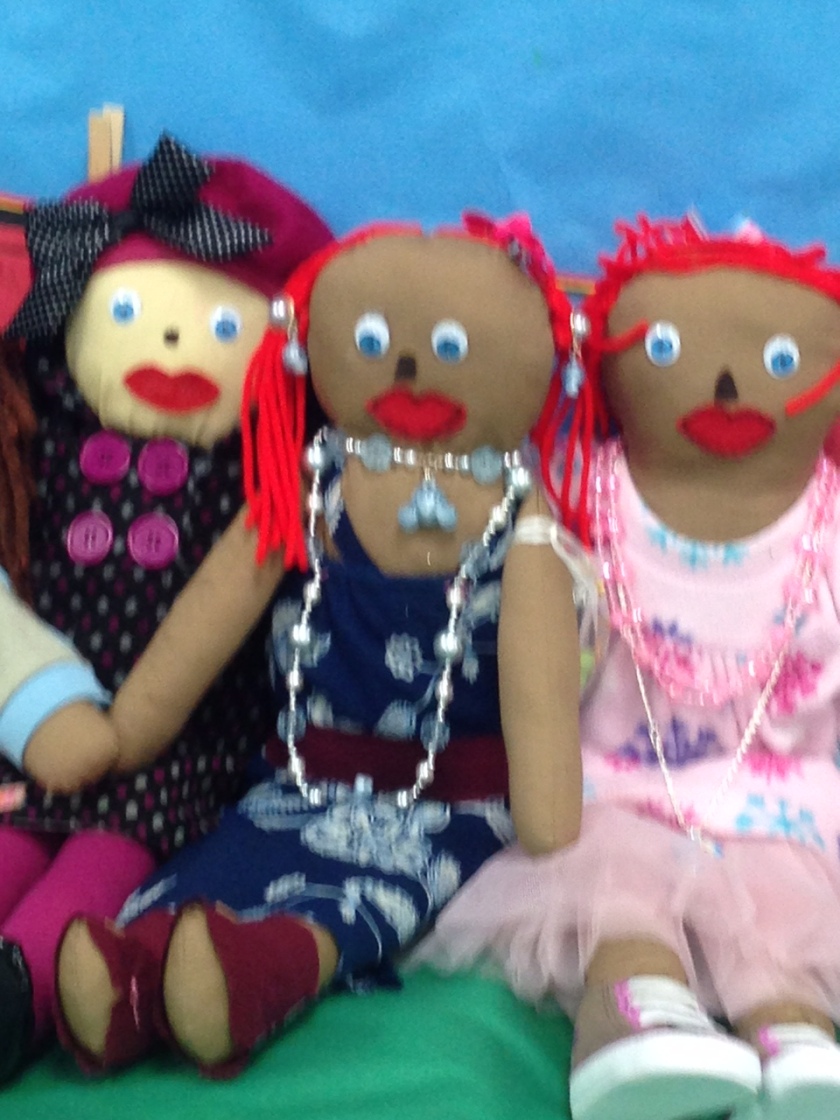 This year, he asserted his personality and said his doll was to be a man. Able seamstress as I am, I didn’t feel I was up to stitching men’s pants and shirts. So, off I was, on a cold Sunday night (The doll had to be turned in on Monday, if it was to attend the party) looking for parking, and silently cursing the sexist doll industry. If you want to dress up your girl doll, all you have to do is stroll into a store’s doll section and pick out clothes of your choice. If you want your daughter and doll to wear matching clothes, that too is available, for a nominal price.  If your doll is a man, well, tough luck!

I was looking lost and desperate amidst the beautiful girl doll clothes. I had the whole week-end to clothe Mr Dawdles, or Mickey Mouse, as he was then known, and I fritted it away admiring fall leaves and unnecessary thoughts about falling leaves and their mortality.

I wondered whether I should wrap him in white cloth, paint glasses on him and send him as Mahatma Gandhi. An older lady, with a friendly face, came up to the doll section and exclaimed, “Oh! Are they still doing those? I remember doing that project for my daughters years ago. Heavens! They even look the same.” I poured my heart out to the poor thing. I told her how I could not manage to tailor pants and was thinking of dhotis. “Or”, she said, piping up to the theme, “you could go even older, and dress him as Julius Ceaser or something with white cloth draped about his shoulders.”

As we were talking, I cradled Mr Dawdles a bit and she stopped mid sentence. “This doll looks about the size of a preemie baby.” she said. That was it. A preemie baby it was. So, that is why Mr Dawdles wore preemie baby clothes that said, “Mommy’s Little Monster” to the ball. I did not have time time to make shoes.